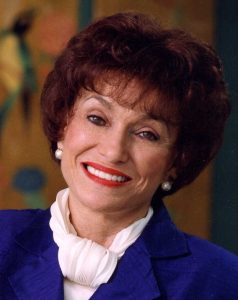 In October of 1968, Rock Church was founded when John & Anne Gimenez were traveling from Pennsylvania to Florida and stopped in Virginia to appear on The 700 Club.  The Prophetic word declared, “…I am sending you to a people you know not of…” inspiring them to trust God for clear direction.  John Gimenez felt compelled to seek an empty church building as a sign of God’s confirmation.  Incredibly, a church building became available in Norfolk for revival services which was soon overflowing with spiritually hungry people.

In 1971 the first Rock Church sanctuary was dedicated debt free!  God continued to move and grow the ministry, opening doors to broadcast on national television reaching millions of people with the gospel.

The next generation of leadership emerged in 2013, when founder Anne Gimenez along with the Rock Church elders & leadership installed John and Robin Blanchard as the new Senior Pastor of the Rock Church International. Pastors John & Robin’s continuation of the original vision expands to reach another generation for Christ through the empowerment of the Holy Spirit and the prophetic word of the Lord at the forefront.

Today, the Rock Church has impacted the world with over 500 churches internationally.  This apostolic ministry is committed to equipping people from the “cradle to the grave” to fulfill the purpose of God.